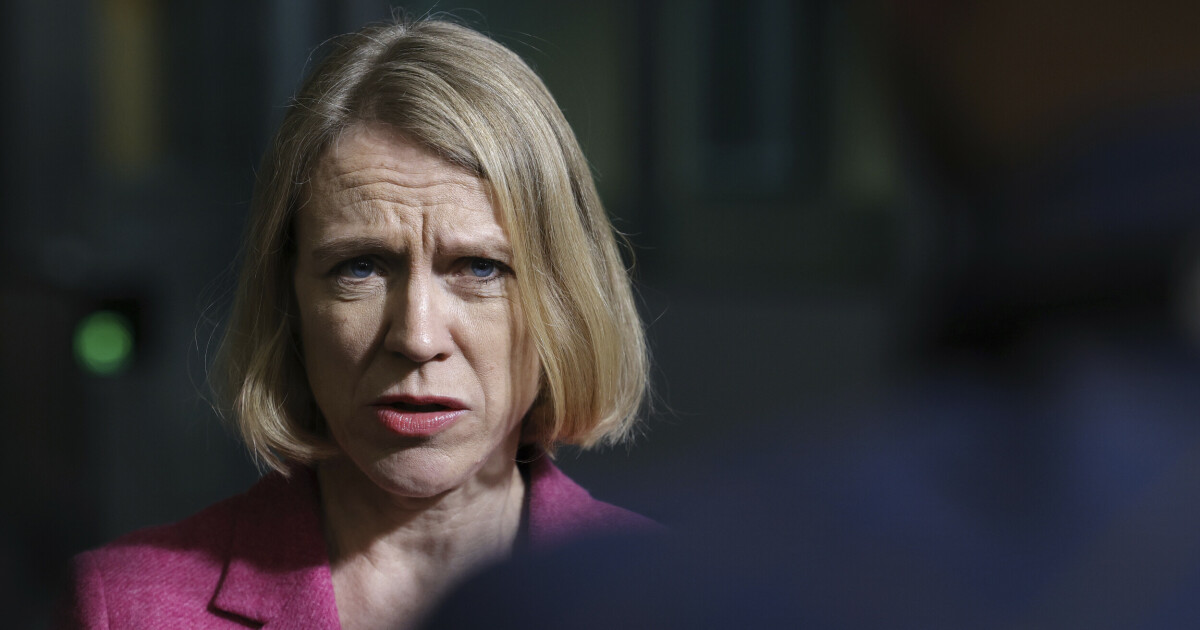 The “Feminist Foreign Policy” movement was promoted in Sweden, and Canada, France and Mexico followed suit. In the United States, the forces are working to introduce it there as well. But Norway has not participated before.

On the program of the german conference it stipulates that all participants commit to including gender perspectives in their foreign policy agenda.

Foreign Minister Huitfeldt himself does not comment on the case to Dagbladet. But the Ministry of Foreign Affairs specifies that not all the countries represented have a defined feminist foreign policy. Including Norway.

Not the first time

Huitfeldt was once an active proponent of feminist foreign policy.

In June, Huitfeldt took part in a round table in a network of female foreign and defense ministers at the NATO summit in Madrid.

Sweden is considered a pioneer in this work. The Swedes have announced that this will be on the agenda when they join the NATO alliance.

The movement integrates feminist perspectives into national security policy: it promotes that when more women participate in political and social life, the world becomes richer and safer.

The Berlin forum works for gender diversity and against structural discrimination. At least it brought the German Foreign Minister, who was the organizer.

“Things cannot be seen only from a privileged male perspective,” German Foreign Minister Annalena Baerbock said in a statement. speech.

In addition to tackling repression in other countries, it will also take concrete action within its own ranks. When traveling, Germany wants gender diversity and ethnic diversity among the journalists it takes with it on trips, and among its own employees.

Germany has become too used to men dominating this parliament and the diversity of society not being represented, the German foreign minister said.

Dagbladet asked Huitfeldt if she plans to include more of these perspectives in Norwegian foreign policy.

The Ministry of Foreign Affairs does not answer precisely:

– The Foreign Minister was asked by the German Foreign Minister about Norway’s work in two of the government’s priority areas. The first is to ensure women’s right to abortion and contraception, while the second is work for women, peace and security, writes department director Tuva Bogsnes at the Foreign Ministry in an e -mail to Dagbladet.

Huitfeldt participated in a panel at the German meeting. There she emphasized that peace is more sustainable when women are included.

She highlighted Norway’s efforts to promote the participation of women in peacekeeping operations. She also said that Norway has worked to ensure that women human rights activists are heard in the UN Security Council. This is what the Ministry of Foreign Affairs says.

The Feminist Foreign Policy Movement was criticized be composed of fine words without substantial content and that it brought about little practical change.

The movement must put on the agenda that security also applies to the most vulnerable and confront patriarchy, colonialization, heteronormativity, racism and capitalism.

Jutta Joachim, associate professor of international relations at Holland’s Radboud University, says feminist foreign policy is a step forward, but it also brings with it a number of problems.

In a think tank article Clingendael Spectator she points out that Sweden and Canada have been criticized for focusing more on Third World women than on issues at home.

Sweden is known as a country where feminism is strong in politics and social institutions, and Swedes are seen by this network as pioneers.

The current and former Minister of Foreign Affairs of Sweden lobbied both Saudi Arabia, Yemen and the EU in women’s affairs.

Former foreign minister Margot Wallström, who brought the work to Sweden, was criticized by Swedish business leaders for threatening trade relations with Saudi Arabia when she condemned the lack of women’s rights in the country.