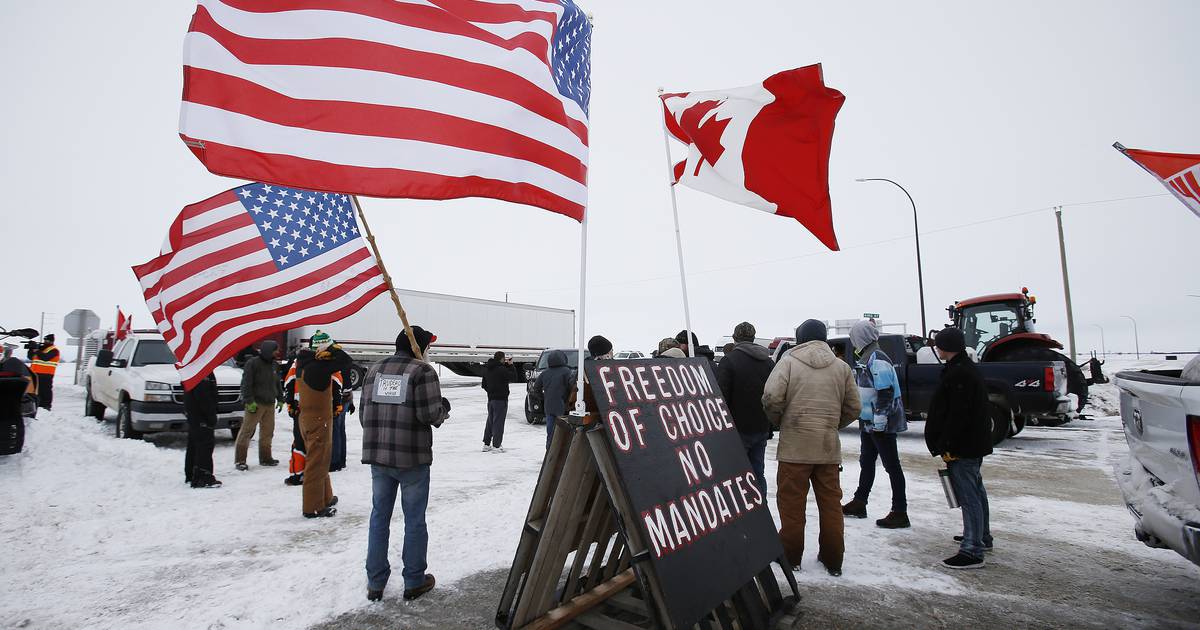 After the truckers left the border town of Coutts in the province of Alberta, it was not until Emerson in Manitoba, which borders the state of North Dakota in the United States, that there were still disruptions at the border crossing.

Over the weekend, the blockade of the Ambassador Bridge, one of the most important trade corridors between Canada and the United States, was lifted. The blockade has caused problems for car production in both countries.

Protesters in the capital, Ottawa, who have been there for two and a half weeks now, seem more determined.

Ottawa Police Chief Peter Sloly resigned on Tuesday after being criticized for his inaction in the face of protesters who are paralyzing traffic in the capital.

Erik Mueller, a truck driver who quit his job so he could join the blockade in Ottawa, calls the exemption provision the government passed in an attempt to end the protests “crazy”.

– We’re not giving up. We have too much to lose, he said.

Prime Minister Justin Trudeau used an exceptional provision on Monday to end the blockade, but protests appear to be continuing.

Among other things, the measure gives the government the ability to ban roadblocks and rescue trucks.

– They can take our bank accounts, freeze our funds, withdraw insurance from our cars. They can play all the games they want. We’re not leaving, says truck driver Wayne Narvey.