DAVOS/OSLO (VG) Jens Stoltenberg thanks allied nations for new tanks and heavy armored vehicles for Ukraine, and says he expects more contributions this week. He sees no sign that President Putin will abandon the war.

– The war is now in a critical phase, and there is no indication that President Putin is preparing negotiations or peace. On the contrary, he is preparing more war, the NATO secretary general tells VG in the Alpine town of Davos.

Stoltenberg took part in a panel discussion at the World Economic Forum on Wednesday afternoon. He was in a rush between meetings in Davos on Wednesday and politely asked for coffee when he sat down with VG.

He says the message to the WEF is that the West must continue to support Ukraine with weapons, and that is the only way to end the war.

– If we want the war to end tomorrow, we must give arms to Ukraine today, says the head of NATO.

– What Russia is trying to do now is to make up for in quantity what it lacks in quality, says Stoltenberg.

On Friday, Stoltenberg will travel to the large US military base in the German town of Ramstein, where 50 allied countries are sending their defense ministers to a new meeting in the The U.S.-led Ukraine Support Group.

The main theme will be provide Ukraine with even heavier weaponstanks and heavy armored vehicles.

– I welcome the fact that several NATO countries are now mobilizing and have announced that they are ready to deliver armored vehicles and tanks to Ukraine. Today, Canada made a significant contribution of 200 armored personnel carriers, Stoltenberg said.

France and Britain have also announced heavy equipment for Ukraine. 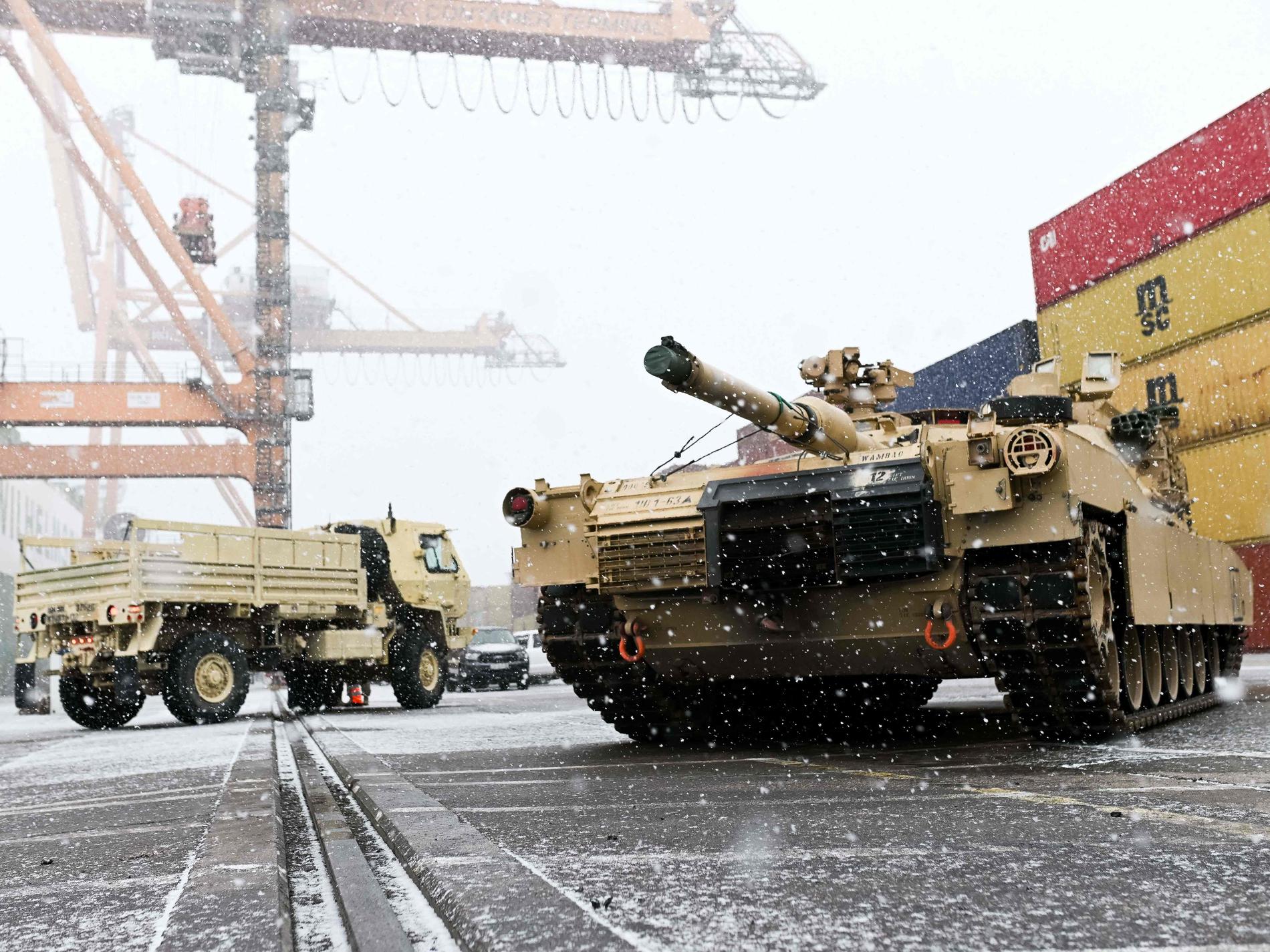 These weapons can change the war

Simultaneous increases the pressure on Germany to give the green light to send German-made Leopard II tanks. Countries such as Finland and Poland have said they are willing to contribute to Leopard, but say they are waiting for permission from the producing country, Germany.

Boris Pistorius (62) has been appointed as the new German Defense Minister and takes office on Thursday. He is expected to provide a clarification to Ramstein on Friday.

– Do you want to put pressure on Germany to have this clarified now?

– Several countries have declared that they will provide Leopard tanks. This is an issue that is currently being discussed among NATO countries, and it will certainly be a topic at Ramstein, the secretary general said.

– What will it take to bring about peace negotiations?

– There will be no negotiations until President Putin realizes that he cannot win the war on the battlefield. There were attempts at negotiations, but he did not want to respect Ukraine as an independent nation.

– There is opposition to arms deliveries in some NATO countries. What happens if Ukraine does not receive weapons from outside?

– Ukraine receives weapons. And I’m sure there will be more contributions on Friday, says Stoltenberg.

He says he will repeat too the message he had for the NHO annual conference in Oslo, business summits in Davos:

– Financial decisions have consequences for our security. We have become dependent on Russian gas. We must not repeat this mistake with other authoritarian regimes like China, says Stoltenberg.