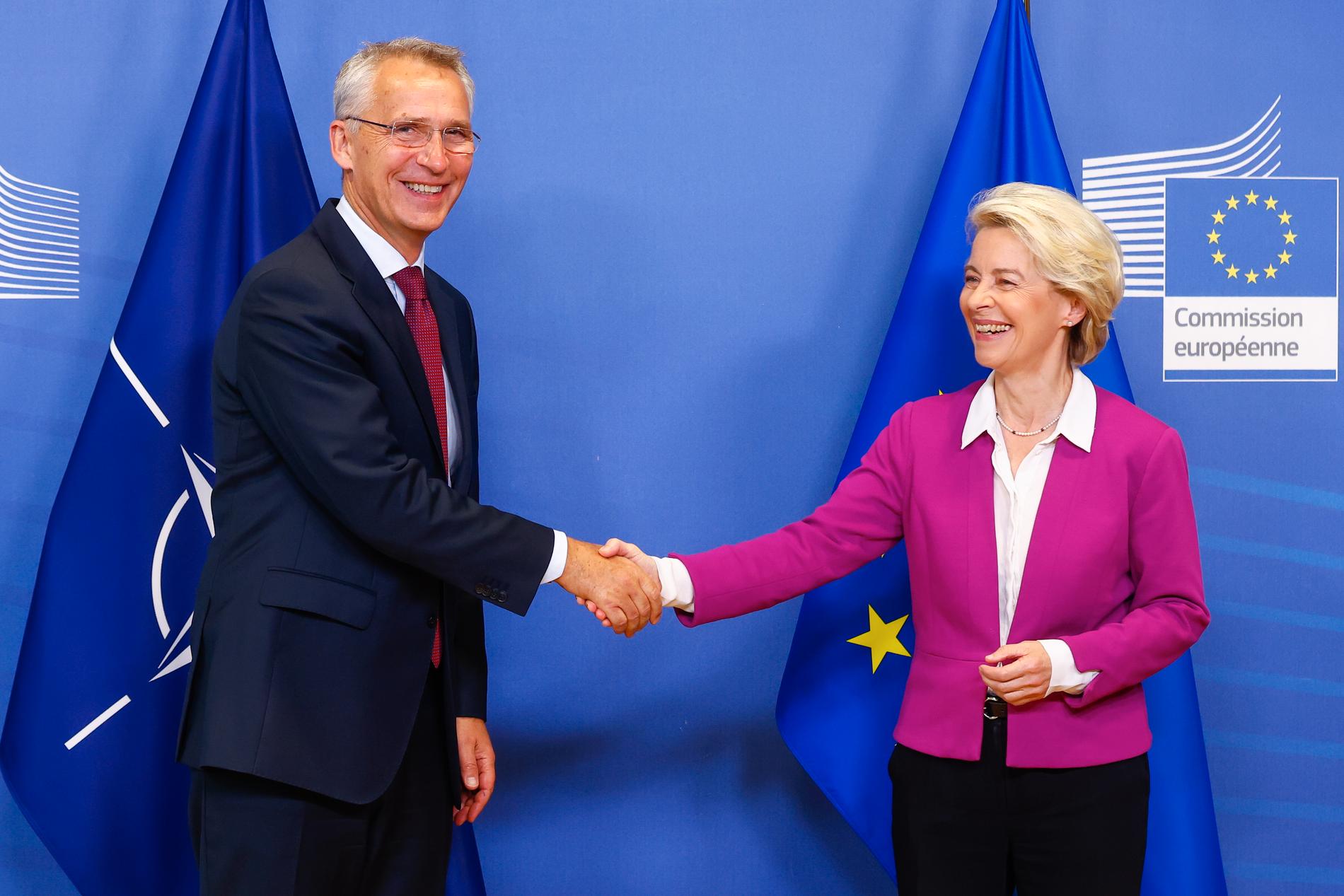 The EU is becoming more and more important. It is therefore surprising that the government shows little willingness to point out the realities – perhaps because this will have consequences for Norwegian European policy and our relations with the EU.

Less than 20 minutes ago

This is a chronicle

The chronicle expresses the attitude of the writer. You can submit articles and debate entries to E24 here.

When Finland and Sweden become members of NATO, it represents a clear strengthening of the alliance and of our regional and European security. But the fact that 23 of the 27 EU countries are members of NATO and that Norway and Iceland will be the only NATO countries in the Nordics not also part of the EU may also present us with challenges.

In times of crisis, the EU has shown its own ability to come together and accelerate cooperation. We have seen it in the context of migration and the financial crisis, pandemic and war. And it’s no wonder this happens: countries are tightly integrated economically and politically, and a crisis that hits one country hits them all. They have common interests in solving challenges.

This does not mean that everything the EU does is right. But EU countries are increasingly emphasizing solidarity to find solutions, because the challenges are so great.

What is happening as a result of Russia’s brutal war of aggression against Ukraine is still something new. The development of cooperation is now faster than before, cooperation is deepening and it is extending to areas that have traditionally been less central to the EU as an organisation.

One of these areas is foreign and defense policy.

There are several reasons for this. The need for closer cooperation arose as a result of the war. Moreover, Britain’s exit from the EU means that many initiatives, especially from Germany and France, are now gaining momentum.

Traditionally, Britain has been skeptical of foreign and defense policy cooperation. The EU after Brexit is more than the remaining 28 member states minus 1, the UK. Brexit also provides momentum that opens up closer European cooperation in key areas.

More and more foreign and defense policy will be discussed and decided in the EU – in arenas where Norway is not.

On November 17, the Minister for Foreign Affairs presented his semi-annual report to the Storting on important issues concerning the EU and the EEA. It is natural that the report focused very much on the war in Ukraine. It is nevertheless surprising that she did not use more than six short sentences on the subject of “the development of the EU and its importance for Norway”. As I said, the development of the EU is gaining more and more momentum and is of great importance to Norwegian interests.

I suspect that in the central parts of government there is little will to underline these realities, as this will necessarily have consequences for Norwegian European policy and our relations with the EU.

It is also peculiar that in several contexts where it would be natural to speak of Norway’s cooperation with the EU (because it is the EU as an organization to which the cooperation applies), “EU” is replaced by “Europe” in the discussion.

The government has put an end to the so-called The Aging Committee, which has been commissioned to assess the experiences of the EEA Agreement over the past ten years. It is not unimportant to look at cooperation in the EEA in a ten-year perspective, but it is clear that the most relevant ten-year perspective, in the light of developments, would be that of the ten Next the years – the future, not the past.

The foreign minister told the Storting that “when European cooperation enters new phases, Norway’s European policy will also have to be developed and adapted”, but without specifying what this would mean and how we can develop and adapt to the better politics.

It is interesting to discuss the evolution of the EU. Where should we look for participation and cooperation? How can Norwegian interests be best protected? What about areas outside of the EEA agreement where we are not allowed to participate as a third country?

Despite the fact that some parts of government would prefer not to deal with the EU at all, we cannot turn a blind eye to this development.

One of these areas is foreign and defense policy. The EU has – for reasons unrelated to Norway – traditionally refused to include third countries to any great extent in these initiatives. They are also not part of the EEA Agreement. This is also the area where Norway is not invited to informal ministerial meetings (regular meetings which are important for political discussion, but where no formal decision is taken).

The Solberg government has worked hard to ensure that Norway can participate in selected projects in PESCO (Permanent Structured Cooperation) – an EU defense policy initiative – where we are involved in a project on military mobility with the United States and Canada, among others.

And this is where the link with NATO comes in: when Finland and Sweden become members of NATO and 23 of the 27 EU countries are allies, there is open talk in the political circles of the countries Nordic countries and the rest of Europe that “the EU is getting stronger in NATO”.

Also add that in the referendum on June 1, Denmark decided by a clear majority to cancel the so-called defense reserve it had taken into the EU in 1993, which means that Denmark will now participate fully in EU foreign and defense policy. The development clearly indicates that more and more foreign and defense policy will be discussed and decided in the EU – in arenas where Norway is not. This is a policy of great importance to Norway, although our security policy will always be anchored in NATO. This will also be the case for Denmark, Iceland, Sweden and Finland.

The consequences of our exteriority become clear and our vulnerabilities may increase. However, the Minister of Foreign Affairs did not mention this in a single word in his statement. And I haven’t heard anyone else in government pay attention to that. It’s worrying.

Despite the fact that some parts of government would prefer not to deal with the EU at all, we cannot turn a blind eye to this development.

We have to say what Russia is doing