A sure win late at night. Polish volleyball players quickly dealt with Canada 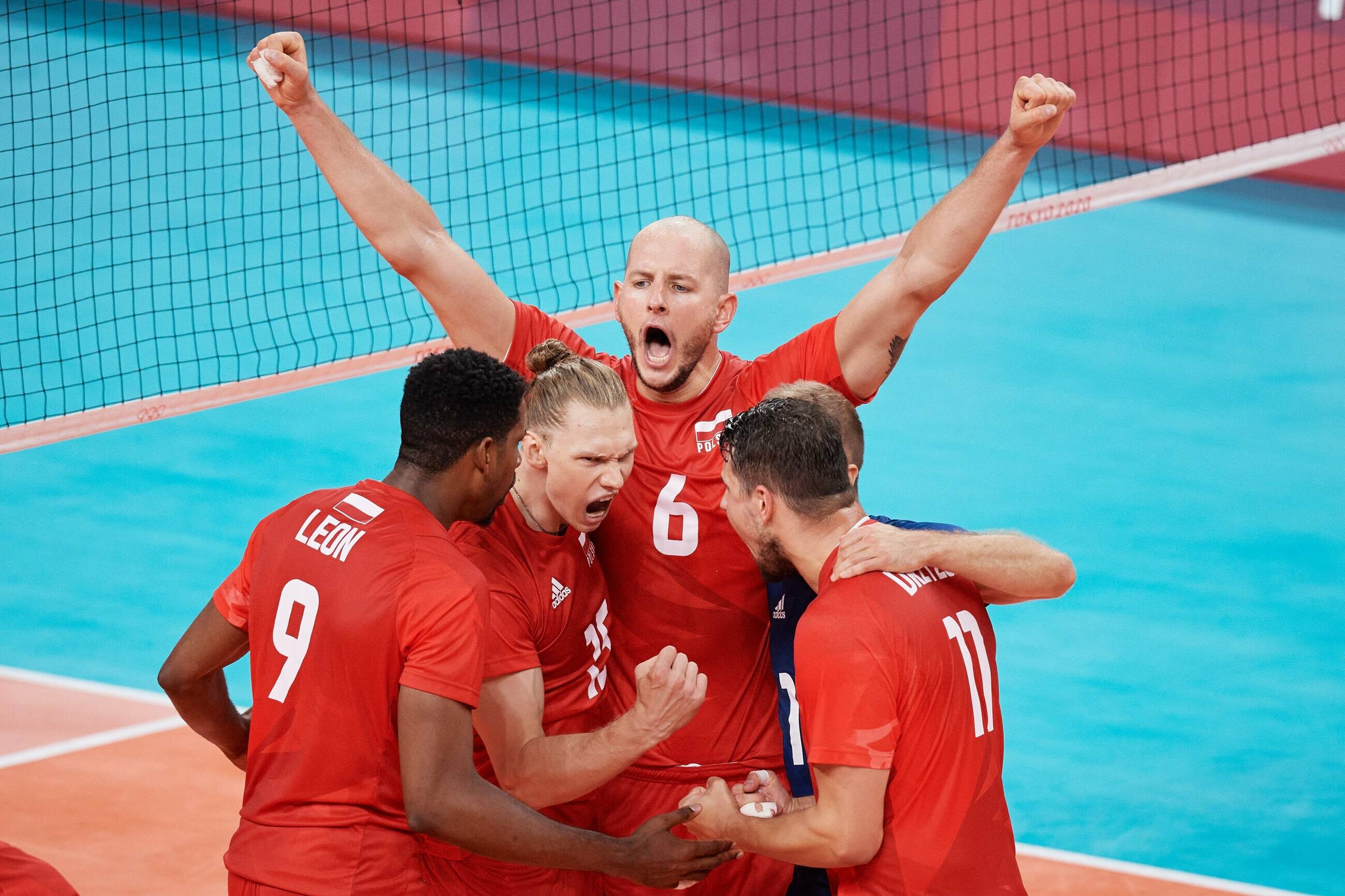 The Polish national team played the game with Canada to secure the first place in the group at the Olympics, the White-Reds easily achieved their goal and went from the leading position to the quarter-finals.

A good start for the Poles

In the first set, the Poles immediately took a 3-0 lead and in the following stages of the set they only increased this advantage. Bartosz Kurek was in a good mood, which is why Fabian Drzyzga often decided to play against our striker. Before the decisive part of the first game, our volleyball players were already leading 16:8, and when the players of Vital Heynen scored the 25th point, Canada had only 15.

The second part was more even. The Canadians even took the lead by 16:14. A moment later, Captain Hawk added a service ace and they were already three points ahead of our opponents. The Poles, however, didn’t let go and thanks to the fact that they played with a block of points, and Wilfredo Leon showed aces on serve, we took the lead at 22:21. Later the Canadians made a mistake in the game and after a bit more trouble than in the first game we won 25:21.

The third and final set of the match

A nice comeback in the second set allowed the Poles to breathe and regain their calm and relaxed game of the first match. The Canadians were in contact with our national team at the start, but the Polish team took an unhurried 9:5 lead. Leon performed well again and Fabian Drzyzga contributed on serve. Bartosz Kurek showed up very well in the block. When Poland scored 20 points, Canada had only 11. In the end, the Poles won 25:16.


Read also :
The Golden Run of the white and red relay race. See how the Poles achieved victory