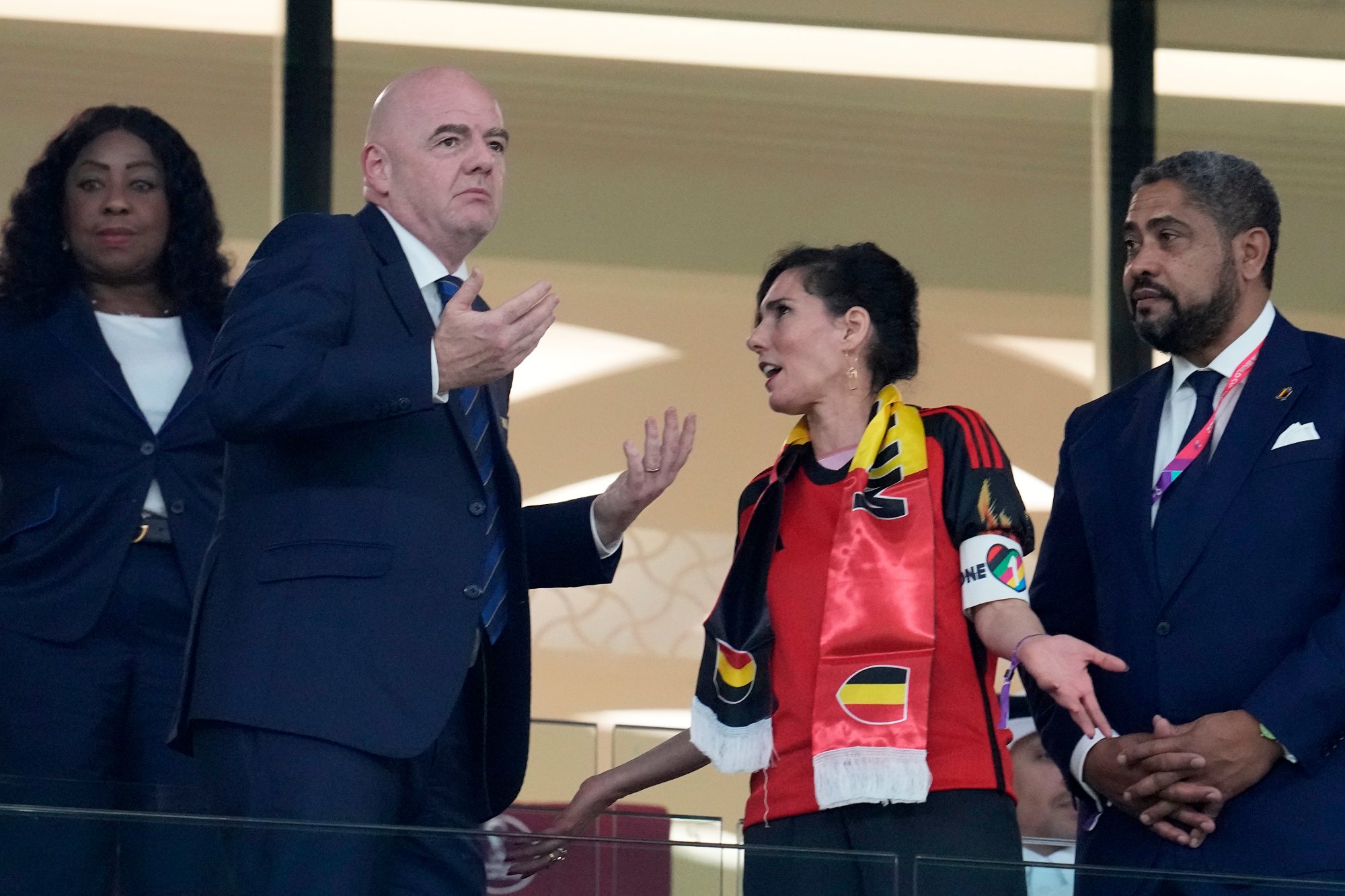 Drive letter This is a debate entry, written by an external contributor. The post expresses the point of view of the author.

Sees that the FIFA World Cup is politicized to a level that only results in the banning of all political activity. FIFA should introduce it at the next World Cup in the United States, Canada and Mexico. Narcissism, conceit and selfishness have invaded our country and many others on an incomprehensible scale.

In Europe, we represent 9% of the world’s population. Nevertheless, wisdom imagines that we somehow have the right to teach all countries and continents how to behave. Infantino proposed that a truce could be introduced everywhere on some sort of road to peace during the World Cup. At first, you would have thought it would be applauded. National team manager Ståle Solbakken has claimed that Infantino is unlikely to get a place on the value commission. When was Ståle Solbakken responsible for allocating the seats on the Valuation Commission? When was he elected as a politician? When he holds press conferences, people are not at all interested in his political message. He, along with the president of football, should get a clear message from the NFF that this is not their table at all.

Where are LO and the international employee organizations that are supposed to take care of this? Overtaken by self-proclaimed football managers with egos bigger than the oil fund. FIFA has 211 member countries, while the UN has 193. If all the leaders of each confederation traveled to lead political agitation, anyone can imagine the outcome.

The Champions League final will take place in Erdogan’s Turkey. 50,000 were imprisoned there in some sort of coup attempt a few years ago. Not to mention Premier League owners. I haven’t heard any of the magnificent mentions boycotting this league. The Handball World Championship was held in Qatar in 2015 in three newly built arenas. Sweden and Denmark participated. Very few protests. 2019 World Athletics Championships in Qatar. Where our very own Karsten Warholm won gold. Hooray. Huge Norwegian delegation. Housed in the finest hotels, built by guest workers. Under what conditions?

Winter Olympics in China, with the Norwegian national anthem a dozen times. While the people of Hong Kong were locked down. Human rights in these cases mean zero and nothing? Obviously not for those who daily polish their own splendor through the media. I imagine a suit over there in Qatar with the gay flag on one arm, no oil drilling on the other. Greta Thunberg on her back, with the Ukrainian flag on her chest. Then a photo of Uyghurs from Myanmar and possibly China.

This is how we can continue and shape the World Championships and the Olympic Games in the future. With all the hypocrites and the self-proclaimed magnificent editors of periodicals and other experts in the lead role. Everyone is against oppression and poor conditions for people everywhere. But the arena here is different. But seems to be increasingly taken over by elated people who see themselves as the saviors of an entire world.