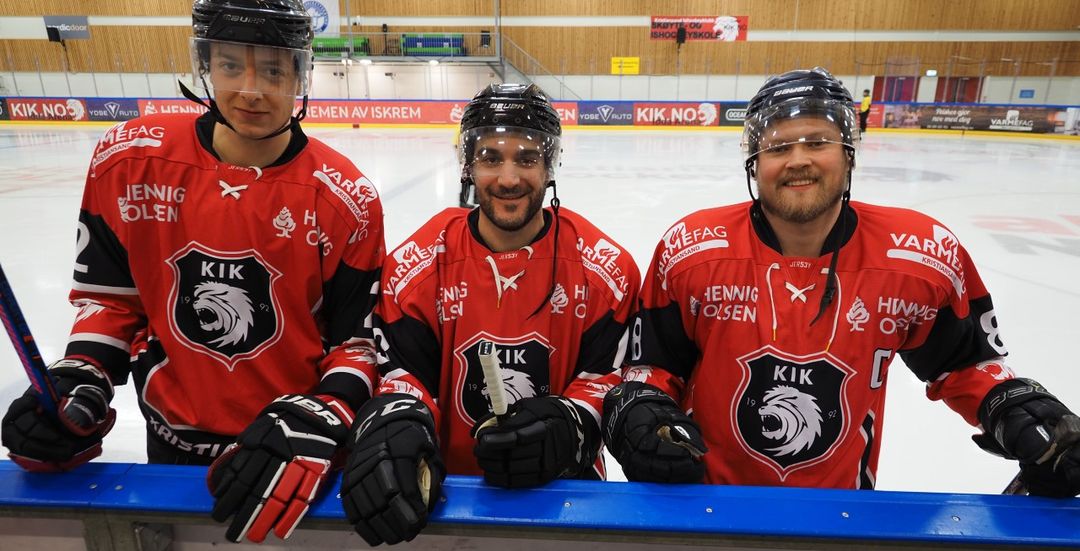 This weekend, the stage is set for a superior settlement in the Southwest Series of Ice Hockey’s 3rd Division at the Kristiansand Lions home ground. The local team has an ace up its sleeve, namely Jean-Philippe Villeneuve (29).

KRISTIANSAND: The elite team of Kristiansand Ice Hockey Club are tied on points with guests from Bergen, NHH (Norwegian School of Management), but have played one game less. Jean-Philippe Villeneuve, often referred to as “JP”, from the local team, has both determination and impressive speed on the skates.

The 29-year-old grew up in Toronto in the stronghold of Canadian ice hockey. But now living in the middle of Posebyen where he moved last fall.

– It was absolutely fantastic to come to Sørlandet. Everywhere there were only helpful and attentive people, including my in-laws, said “JP” with a small smile.

He once played for elite club Ålborg, where he went to school. It was in Denmark that he met Kathrine Kjeldsen from Hånes. They later married in Canadian British Columbia.

Played at the highest college level

Education completed “JP” at the University of Guelph, where he played at the top level of the league. But after the family grew with his daughter Adeline (3 years old), four years ago, he had actually chosen to put a brilliant hockey career in the closet.

But last fall, the family packed up their bags in Canada and headed for Sørlandet. There he came into contact with the Kristiansand Ice Hockey Club, and the hockey spark was ignited again.

– It’s a fantastic club with a great environment. I look forward to each training session and each match, says Jean-Philippe Villeneuve.

He is currently taking a Norwegian course and still works for a Canadian computer company selling computer programs. It’s a bit tiring with a six hour time difference from the head office. But he hopes soon to be transferred to the European business company and thus have more normal working hours.

“Lions” have received several reinforcements this season, some from the best Norwegian clubs. Combined with players from their own ranks, many will consider this to be one of the best senior teams in the club’s history. The following year it emerged for a higher level, with matches in the 2nd division.

But first, the stage is set for two quick settlements this weekend. The start of the game is Friday at 8:00 p.m. and Saturday at 7:30 p.m. And as always – free entry!