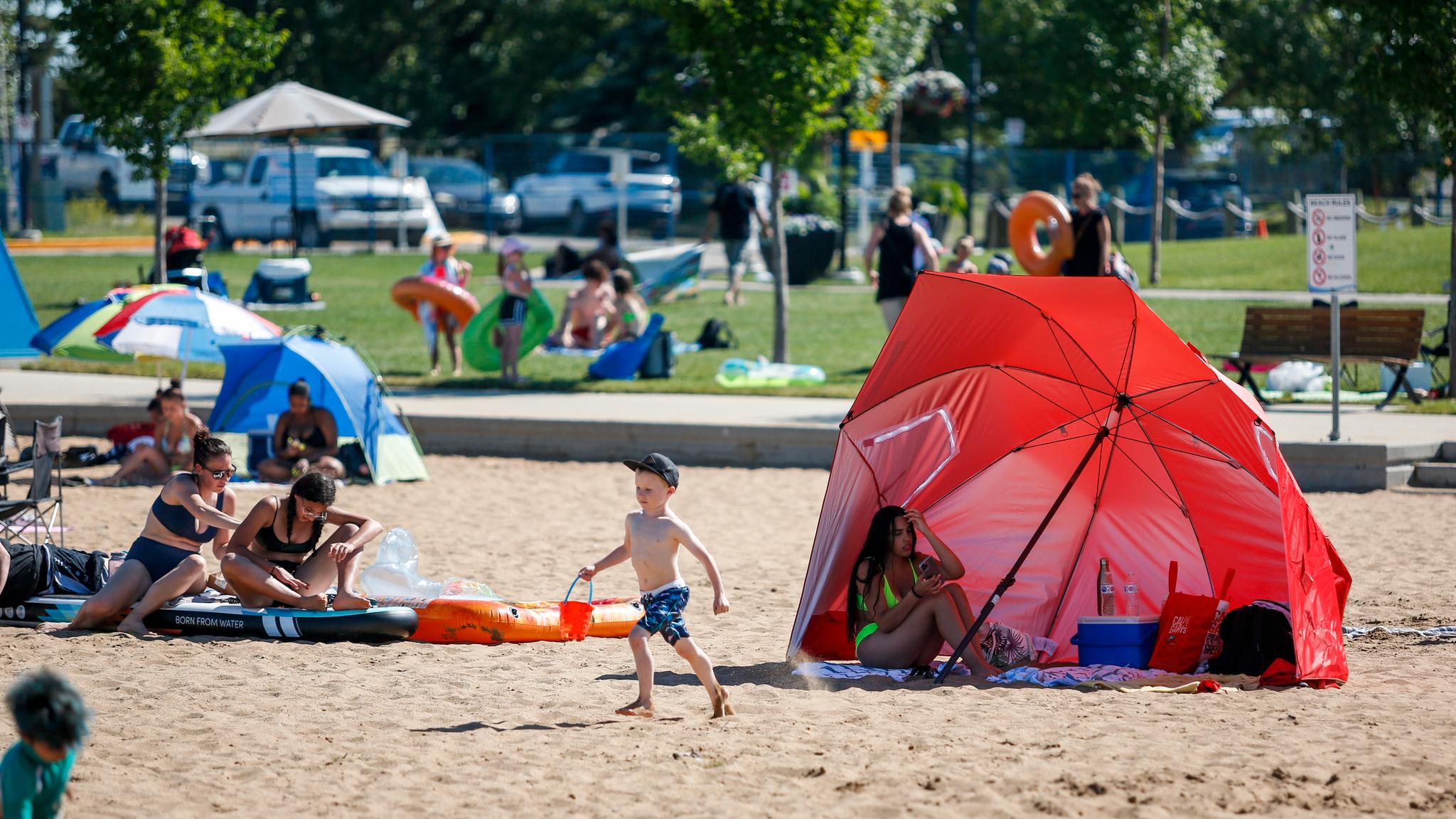 At least 130 people have died in western Canada in connection with a severe heat wave with temperatures nearing 50 degrees. The heat wave also affected the United States.

Vancouver area police say they have received reports of more than 130 sudden deaths since Friday, according to BBC. Most were elderly or people with underlying health conditions.

Record temperatures were measured, up to 49.5 degrees.

– It’s a wall of heat, a bit like a blaze, explains Charles Daniel in Portland in the northwestern United States to the TT news agency.

He says it’s usually between 20 and 25 degrees this time of year.

Daniel has lived in Texas before and is used to the heat, but the past few days have been very special.

– It was very wet. Usually it’s not humid here, but drier heat. But the humidity feels like stepping out of a hot shower while wearing a wetsuit, he says.

The temperature started to rise on Saturday. Since then, heat records have been set every day.

Canadian meteorologist Armel Castellan says he is amazed by the extreme heat.

– There are really no words that are sufficient for this. We are amazed at the size of these discs, he told CBC television.

Authorities have also recorded many unexpected deaths outside of the Vancouver area, but have not yet provided numbers.

The heat wave is spreading from the US state of Oregon to the Arctic regions of Canada. It is caused by high pressure that traps warm air in the area.

Portland and Seattle in the United States have not experienced such high temperatures since statistics began to be kept in the 1940s.

In Canada, authorities are warning of extreme temperatures in British Columbia, Alberta and parts of Saskatchewan, Manitoba, Yukon and the Northwest Territories. According to Environment Canada, the “prolonged, dangerous and historic heat wave” will last all week.

The US National Weather Service issued a similar warning.

Stores are sold out for portable air conditioners.