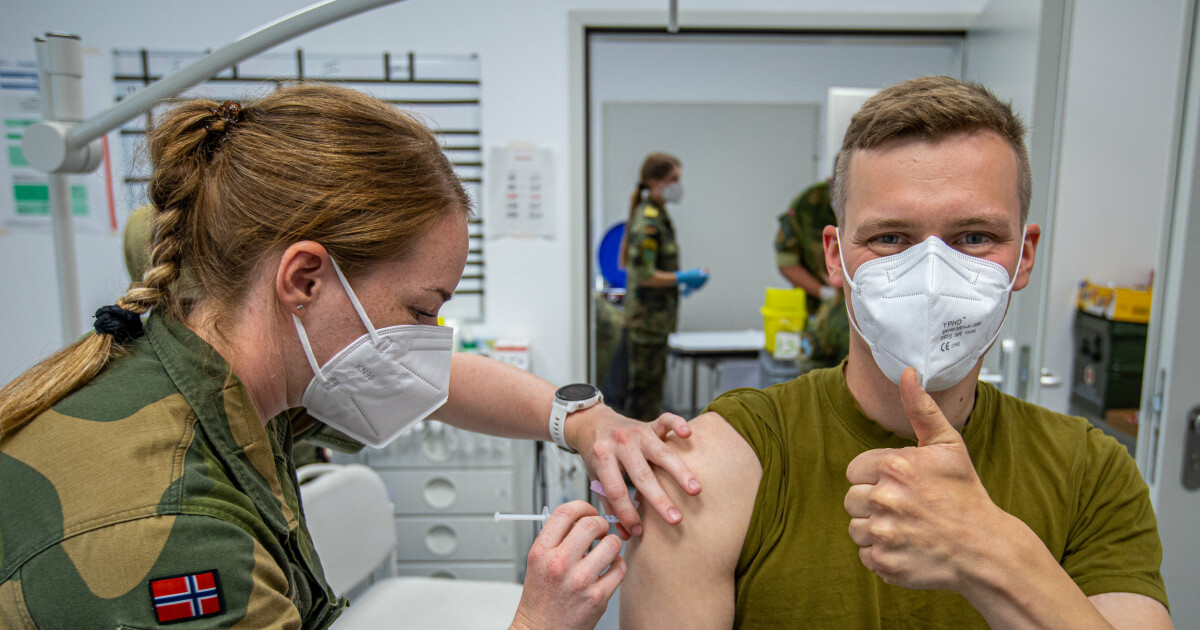 Troop Sergeant Aleksander Stabell had to ask a Canadian battalion doctor if they had any shots left. “Sad we had to do it like that,” he said.

– I saw on Facebook that Canada was responsible for vaccinating all nations participating in Operation Enhanced Forward Presence (EFP) in Latvia. I made contact and got the Canadian battalion doctor’s number. I explained the situation and asked if they had any vaccines left, says Aleksander Tobias Stabell, troop sergeant in EPF Lithuania Assault Troop 1.

A week after first contacting the battalion doctor, the vaccine doses arrived at the camp where the Norwegian soldiers are stationed. They were sent from neighboring Latvia, where the Canadian force is based.

– All Norwegian soldiers were vaccinated on Thursday, says Stabell.

– What do you think of having to go to an allied nation to request vaccines?

– It’s kinda sad that you don’t have priority and don’t get it from home. I had to ignore the service path and know that’s not the right way to do it. But I felt I had to take that step to get the soldiers vaccinated, he said.

Read more: The Norwegian force in Iraq has been vaccinated by the Americans

The force of which Norway is a part is housed in a garrison in Rukla, about 90 km from the capital Vilnius. Lithuania is still defined as a “red” country with high infection. There have been several cases of coronary heart disease in the garrison. Norwegian soldiers were imprisoned in the barracks due to outbreaks in the multinational force

In an opinion piece earlier this week, Stabell called for vaccines for Norwegian soldiers. The absence of this had major consequences for the mission, he believes.

– We are divided into cohorts on the floors where we live. I haven’t even greeted all the Norwegian soldiers I serve with. We also have very limited cooperation with other nations. We can’t just go to German tank crews and exchange experiences with them, says Stabell.

– We are here to build interoperability and show that we are strong together, but this dimension is missing in the current situation. We’ve had outbreaks that forced training and exercise to be cut and we’ve been in quarantine for up to ten days in a row.

Encouraged to receive vaccines thanks to the contribution of the force

– The armed forces have motivated the Norwegian forces abroad to examine the possibilities of receiving vaccines through the contribution of the force, said Ivar Moen, spokesman for the operational headquarters of the armed forces (FOH).

He says that FOH has a good dialogue with the force contribution in Lithuania and knows the situation.

– At the moment the guidelines are quite strict since we have not been vaccinated so far. It is up to the leadership of the German battalion to decide whether there will be relief, he said.

The soldiers will return to Norway in August, where they will have to stay in quarantine hotels. But now that they have received the first dose, they are likely to escape a three-day quarantine compared to 10 for the unvaccinated.

– I am incredibly happy that the Canadian was positive about the distribution of vaccines. When we haven’t received it from us, it’s good that you can go to the “neighbor” who manages to fix it without problems in a week.