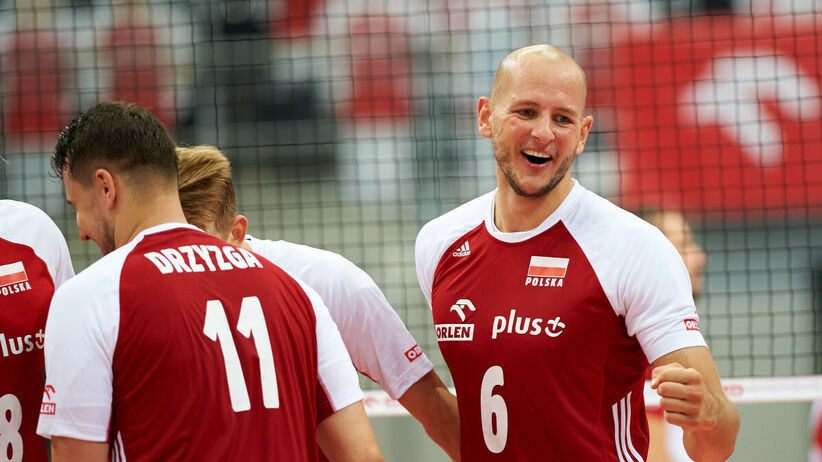 Poland – Canada RESULT: The Polish volleyball team beat Canada 3-0 in the Nations League 10th round game and will therefore remain in second place in the table. Tomorrow, Wednesday, the whites and reds will play against Japan. Check out the RESULT of the match Poland – Canada at LN volleyball!

Polish volleyball players they won in Rimini, Italy Canada 3-0 (25:22, 25:23, 25:19) in the 10th round match Nations League. This is the eighth victory in the team tournament Vital Heinenwho will face Japan on Wednesday.

The Canadians, who have won just two games in the Nations League, have proven to be an extremely tough rival for the world champions. The first two games were decided at the very end, only the third set was already under the full control of white and red.

It was Perrin, Hoag and Vernon-Evans who wreaked havoc on the Polish players, especially in the early part of the game. Vernon-Evans was sometimes unstoppable by his rivals. At the start, the Canadians were more often in the lead, and after Hoag’s juicy pace, it was 16:13 for Canada. During the technical break, Heynen gave his comments to his proteges, who picked up the pace. First of all, they improved the serve, thanks to which they threw their rivals out of the net and they were able to look for their chances in the block and the defense.

The Poles maintained the reception, Fabian Drzyzga noted some good exhibitions, of which he played for Michał Kubiak on a “clean” net. At decisive moments, Hoag was blocked and Wilfredo Leon struck with impunity on a pass ball.

Poland – Canada: The course of the match

The course of the second set was quite similar, but the whites and reds were more often in the lead. The problem started in the Vernon-Evans field. The Canadians won three straight points and Heynen had to intervene. After a while, Leon served and sent two aces. This was the key moment of this part of the meeting. In the end, Stephen Maar made a mistake twice, although his attack at 23:22 missed the line by inches, which was shown by video verification. The dot above the “i” was placed by Jakub Kochanowski, who beat the opposing block.

The Poles wanted to avoid a nervous end and started the third set with a bang. They were leading 6:2, 12:6, taking advantage of every mistake their rival made. The Canadians had no intention of giving up and after Arthur Szwarc’s attack they reduced the losses to a “gap” of 19:20. The world champions played almost flawlessly at the end, and Piotr Nowakowski completed the game’s longest action with the second match ball.

Poland – Canada: The result of the LN volleyball match

HOW WE RELATED THE POLISH-CANADA game in the 10th round of the NETNERS NATIONAL LEAGUE: