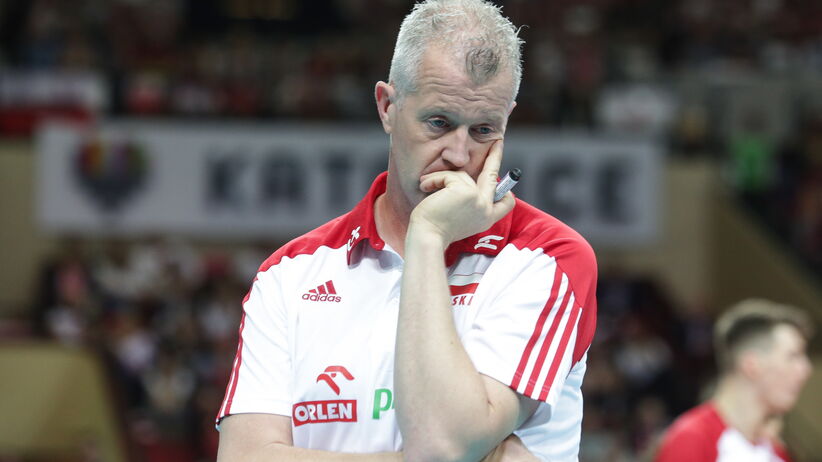 Heynen was warmly welcomed by the audience in the hall, as was current Canadian Stephane Antiga. The Frenchman at Spodek in 2014, as the coach of the Poles, celebrated the victory of the gold medal of the world championship.

The Canadians won the first set with confidence. They were more meticulous in the reception and the service. After a tied start, they developed a five-point lead and held their lead until the end. The two breaks requested by Heynen did not change anything.

The second part was much more exciting. Again, the hosts “chased” the result, but this time successfully. They caught their rivals at the end and after a successful block they used the ball from the second set.

In the third game, the Polish team played a completely different line-up, but the guys who had been leading from the very beginning were even better. It was interesting at the end, because at 20:24 Heynen’s team scored three straight points, but the Canadians had the last laugh.

Fans watched the fourth set standing up. The situation on the ground has changed. The Poles led 7: 4, in an instant it was 12:15, then … 16:15. In the end, Heynen’s team saved two match points, but the guests improved again.

“The two teams cannot be compared today. We tried to play with 16 players. Of course, I’m disappointed because I don’t like to lose. Four or five players appeared today for the first time in the national team. And it was not easy for them,” Vital Heynen told PAP.

The two teams will play again on Monday in Opole. The meeting was held as part of the Volleyball Stars Alley one-day event.

The Polish team will return to Spodek on May 25, when they take on South Korea in the inaugural Nations League. In February, Vital Heynen replaced Italian Ferdinando De Giorgi, dismissed last year after an unsuccessful performance in the European Championship. The Belgian in the Katowice hall led the German team to the bronze medal at the 2014 World Cup, and three years later he came to Spodek with his country’s national team for the European Championship , which ended in fourth place.

“These situations are not comparable. After all, I had been leading these teams for longer. Now I am at the beginning of working with Polish staff. We’ve had a week of training behind us, I’m no Superman. The positive point today is that we were able to get back into the game. I see great potential and quality in these players. I know they can play much better “- summed up Heynen.

The League of Nations, successor to the World League, should be an opportunity for the Belgian coach to test many players. The most important event of the season is the World Cup (September 9-30, Italy and Bulgaria), in which the whites and reds will defend the title.