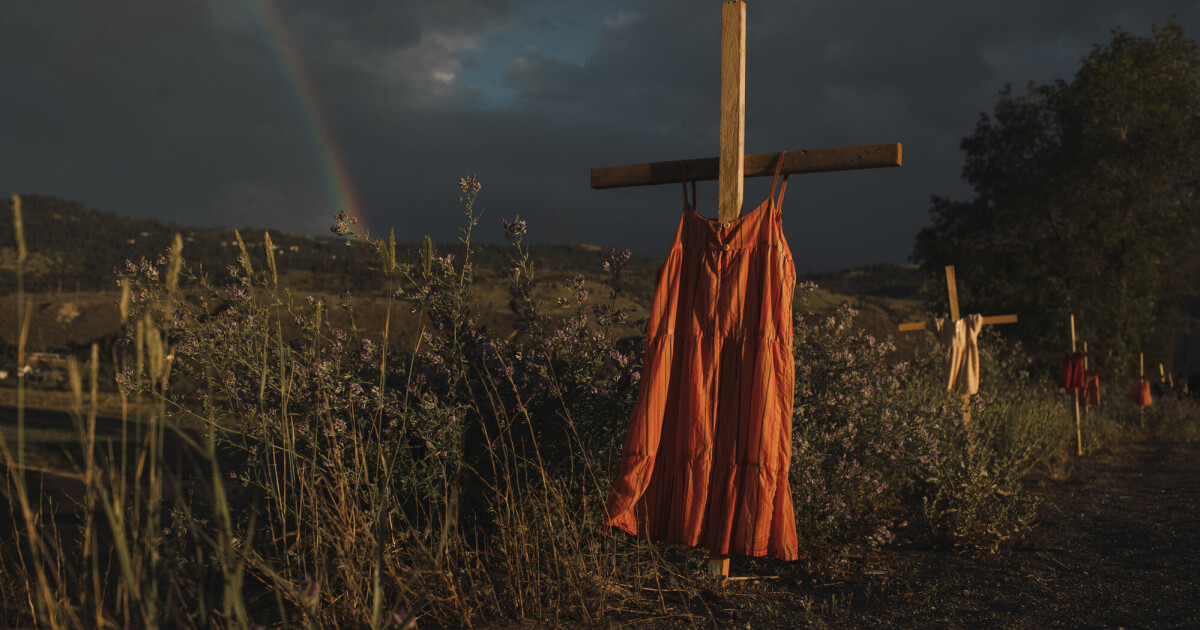 – This is the type of image that burns in your memory.

The World’s Best Award press pictures received a photo showing robes and crosses commemorating hundreds of children who died after being forcibly moved to residential schools in Canada.

World Press Photo is one of the most prestigious photojournalism competitions in the world. Also among the nominees was Norwegian photographer Magnum Jonas Bendiksen.

The winning photo was taken by the Canadian photographer Amber Fern for the New York Times. It’s part of a series Bracken took to the Kamloop boarding school, where children from the nation’s indigenous people were placed to be forcibly assimilated into the culture of the majority population.

– This is the type of image that burns in your memory. It evokes a kind of sensual reaction, says the head of the jury Rena Effendi Thursday.

– I almost hear the silence in this image, a quiet moment for global recognition of the history of colonization, not only in Canada, but around the world, she says.

In May last year, a large number of unmarked graves were discovered with the remains of 215 children in the area of ​​the former residential school in British Columbia, western Canada.

Since then, more than 1,000 unmarked graves have been discovered near former boarding schools run by religious groups. The results shed light on a dark chapter in Canadian history and the large-scale forced assimilation of Indigenous peoples.

A total of 150,000 children from the country’s indigenous population were educated in 139 such schools between the end of the 19th century and the 1990s. They were separated from their families and cut off from the language and culture of the peoples. indigenous. Many children have died due to poor conditions in schools.