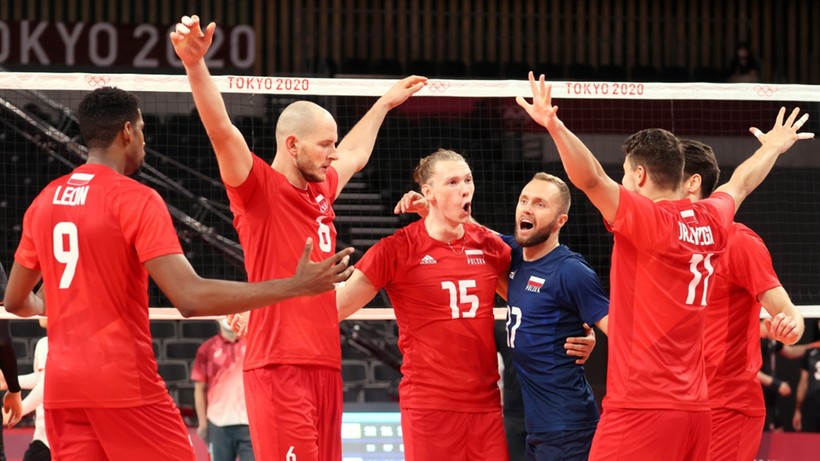 We received the first positive news before the game started. Michał Kubiak has appeared in the starting line-up, which means the captain of the Polish national team returns to the optimum layout. From the first action, the Poles imposed their style of play on their rivals. They approached this shock with concentration and presented an effective volley. Wilfredo Leon (3:1, 14:7) and Bartosz Kurek (10:6) excelled on points. The Poles also dominated in block (4-1) and in attack, heading confidently to victory. The last points of this part of the match were scored by Michał Kubiak (24:14) and Kamil Semeniuk (25:15).

See also: The best volleyball players in the history of the Olympic Games

The second edition had a more regular course. After a good start from the Polish national team (9:6), the opponents won the field, they caught a point contact and then made up for the losses (14:14). Later, Nicholas Hoag’s two aces changed the score at 14:16. The nervous reception caused the efficiency of the white and red attack to drop. The Poles were still losing at 7:21 p.m., but Leon’s appearance in the support area was decisive for the fate of this game. Two aces from the host put Poland ahead 22:21. Vital Heynen’s charges also won other actions. An effective block resulted in a set ball, and in the last action of this part of the match, the Poles blocked Hoag (25:21).

In the third match, after an equal start, the Poles chained the points and stood out from their rivals (11:5). A good serve and a nice blocking game allowed the world champions to dominate the court (15:6). Graham Vigrass (15-8) was still an ace, but the Poles were likely heading for victory. After Jakub Kochanowski’s service ace, the gap was ten points (18-8). Game ball was won by Semeniuk (24:15), the Maple Leaf volleyers defended in the next action, but Kochanowski’s impressive attack from inside closed the game (25:16) .

In previous Group A matches at the Olympic tournament in Tokyo, Polish volleyball players lost 2:3 against Iran, and beat Italy 3:0, Venezuela 3:1 and Japan 3:0. Victory in the game against Canada gave the Poles first place in Group A, which means that in the quarter-finals they will face the fourth team in Group B.