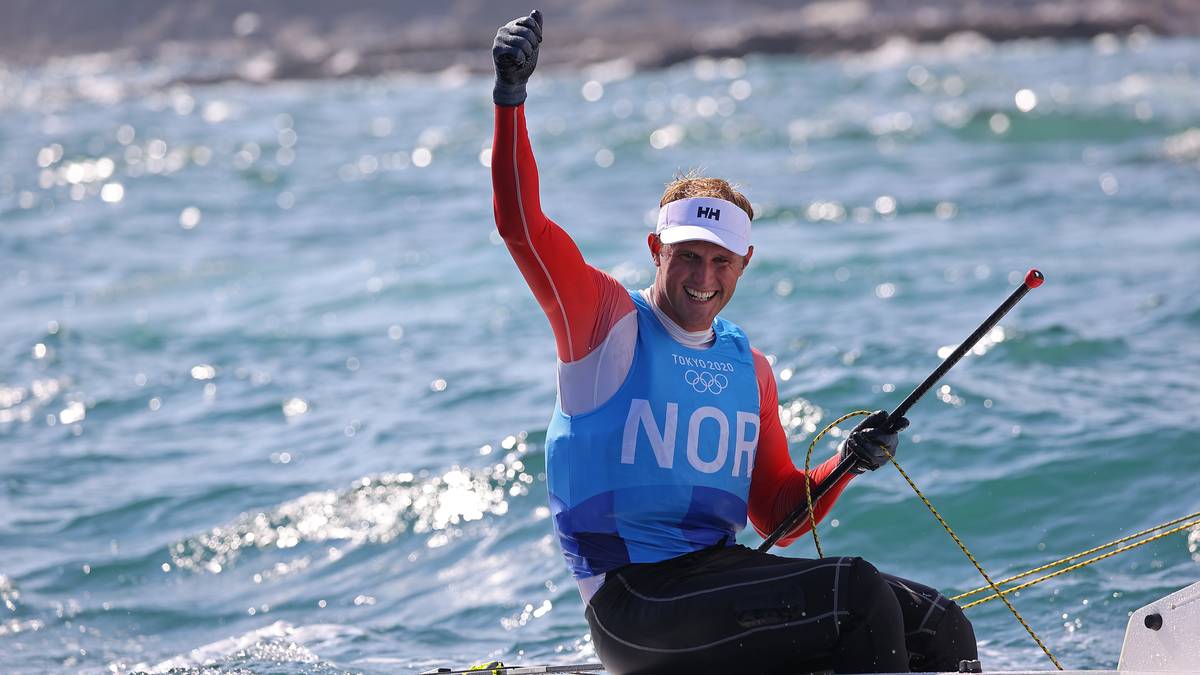 Sailor Hermann Tomasgaard had gained a great starting point heading into the medal chase in the laser class at the Olympics.

Before the last and decisive trip, where double the points are awarded, the Norwegian was in second place overall. It was too far for gold, but behind Tomasgaard it was very even.

It was above all Croatia and Cyprus that were dangerous. They were three and six points behind respectively, so Tomasgaard had a good run to secure a medal.

The 27-year-old sailed very well in the first half and was close to securing the silver medal, but in the final stretch he was placed by both Croatia and Cyprus.

Croatia managed to get more sailors between them and Tomasgaard and got the silver. But luckily for Tomasgaard, he managed to keep his back to Cyprus.

It was even so good that no one was sure of a medal until the jury had counted. But a few minutes after crossing the finish line, it was clear. Hermann Tomasgaard could take the plunge and encourage bronze.

– I had a feeling, but it would be too stupid to start partying in case it was fourth place. I thought I would wait to be completely sure, then it was just to drop the cheers, Tomasgaard tells NRK.

There was only a three-point difference between Tomasgaard and Cyprus in fourth place. He admits to having felt the pressure before the last trip.

– It was a great relief. We competed for so many days, and there was pressure as I was second before that day. And when you’re sitting alone in the room, it’s easy for the mind to wander off, says Tomasgaard.

Sailing has always been a parade arm for Norway at the Olympics, but this is actually the first individual men’s medal won by sailors in 25 years. Peer Moberg won bronze in Atlanta in 1996.

Siren Sundby won gold in Athens in 2004, but now Tomasgaard has broken a long streak of medal droughts for the men.