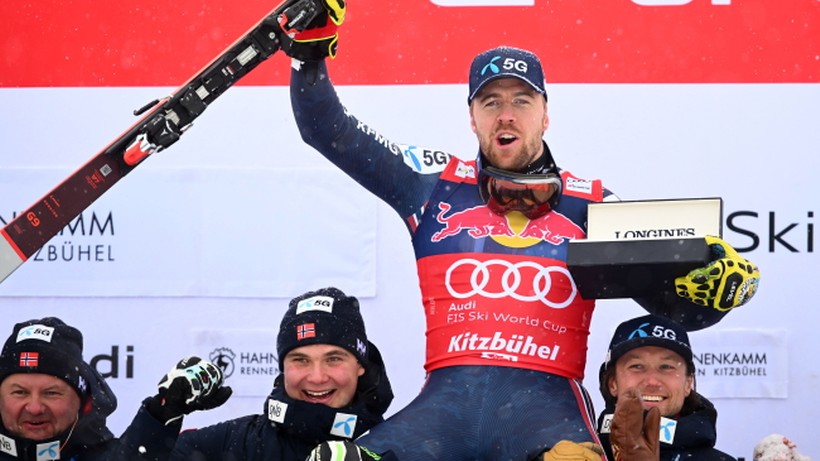 Kilde, who earned his 20th career cup win and seventh of the season, clocked 1:56:90. Second place went to Frenchman Johan Clarey, 0.67s slower on the iconic Streif layout, while third place went to American Travis Ganong – a loss of 0.95s.

Kilde, 30, vice-champion of the general classification of the World Cup, begins in Kitzbühel with a fracture of the right wrist. He injured himself in training when he hit his hand on the slope. He completed the ride despite the pain and later said nothing very dangerous had happened. He added that his arm would stiffen and he could take off.

The winner of Friday’s first downhill in Kitzbuehel, Austrian Vincent Kriechmayr, finished fifth, this time he was 1.30 slower than the winner.

Switzerland’s Beat Feuz finished Saturday’s competition in 16th place – a loss of 2.01, who had previously said it would be his last career start. The Beijing Olympic gold medalist has won 16 World Cup sprint events. The last three he recorded just on the descent from Kitzbuehel.

At the Beijing Olympics, Feuz triumphed in this competition. Additionally, at PyeongChang in 2018, he won silver in the super-G and bronze in the downhill.

On Saturday, Kilde won the fifth of seven races contested this season and is clearly at the top of the cup standings in this competition.

The leader of the general classification of the World Cup, the Swiss Marco Odermatt, who has problems with the knee joint and the doctors recommended a few days of rest, did not take the start. For now, it’s unclear if the Swiss will have to undergo surgery or if rehabilitation will be enough.

It was the last men’s downhill before the world championships, which begin February 12 in Courchevel, France. The slalom will take place in Kitzbühel on Sunday.

Overall World Cup ranking (after 22 out of 39 competitions)

Downhill ranking after 7 out of 11 competitions: