– She dances better than me 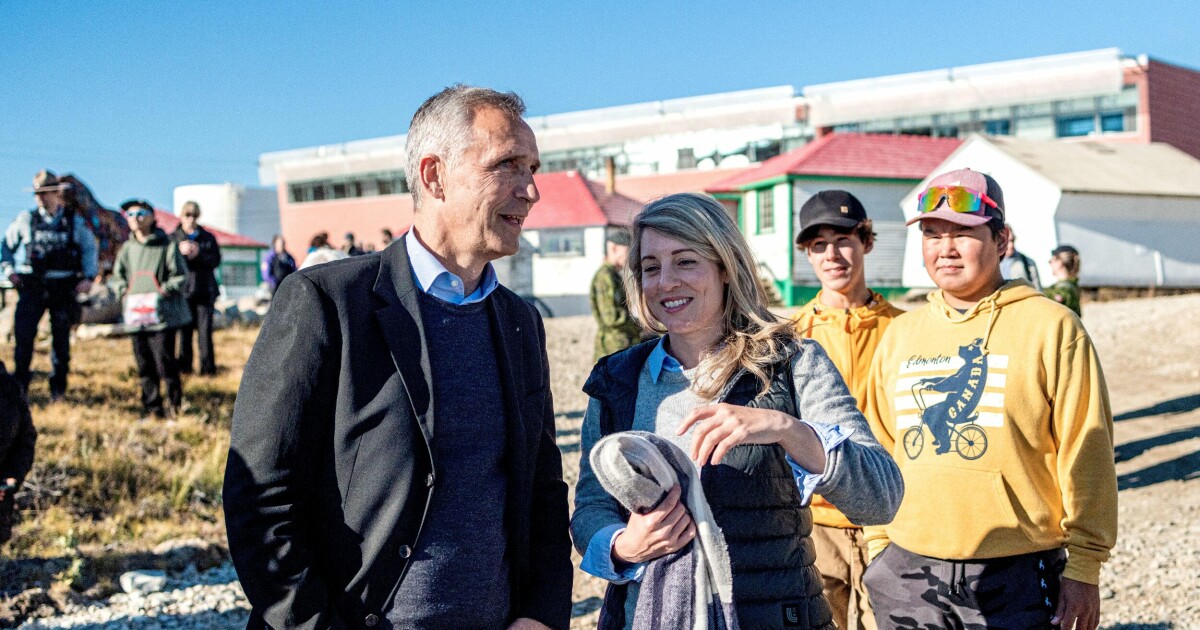 Jens Stoltenberg has worked closely with the Prime Minister of Finland over the past year, and especially the past six months.

He allowed himself to be excited.

– I know Sanna Marin as an impressive political leader. She is a prime minister who took her responsibilities during the demanding decision-making process to apply for NATO membership, Jens Stoltenberg told TV 2.

The pair are spending three days together and traveled to Cambridge Bay at 69 degrees north in the Arctic part of the country on Thursday.

Among other things, the “North Warning System” base is located there, where the United States and Canada collaborate on operations and personnel.

Asked by TV 2, Stoltenberg confirms that he has become aware of the controversies surrounding the leak of a video of a Finnish Prime Minister dancing.

– I had the pleasure of working with Sanna Marin throughout the work on Finland’s NATO application, and she impressed me in many ways, says Stoltenberg.

Before adding with a laugh:

– And she obviously dances better than me.

He also doesn’t think the party at the prime minister’s residence is problematic.

– There’s nothing special about throwing a party at a prime minister’s residence. I had that too, but it was probably an advantage that my dance wasn’t filmed, says Stoltenberg.

The NATO chief said work to include Sweden and Finland as full members was progressing.

– Sweden and Finland have moved closer to full NATO membership, and it has moved faster than ever in NATO’s history. They’re also in a completely different place now than they were before they decided to apply for membership, Stoltenberg says.

23 of the 30 NATO countries have already approved Sweden and Finland’s candidacy for parliament.

Both countries have received security guarantees from several NATO countries pending approval for membership by all members of the alliance.

Norway is one of the countries that guarantees the security of Sweden and Finland.