Railroad workers: Get support from workers in other industries for our fight against Congress, the carriers and the corrupt union bureaucracy! 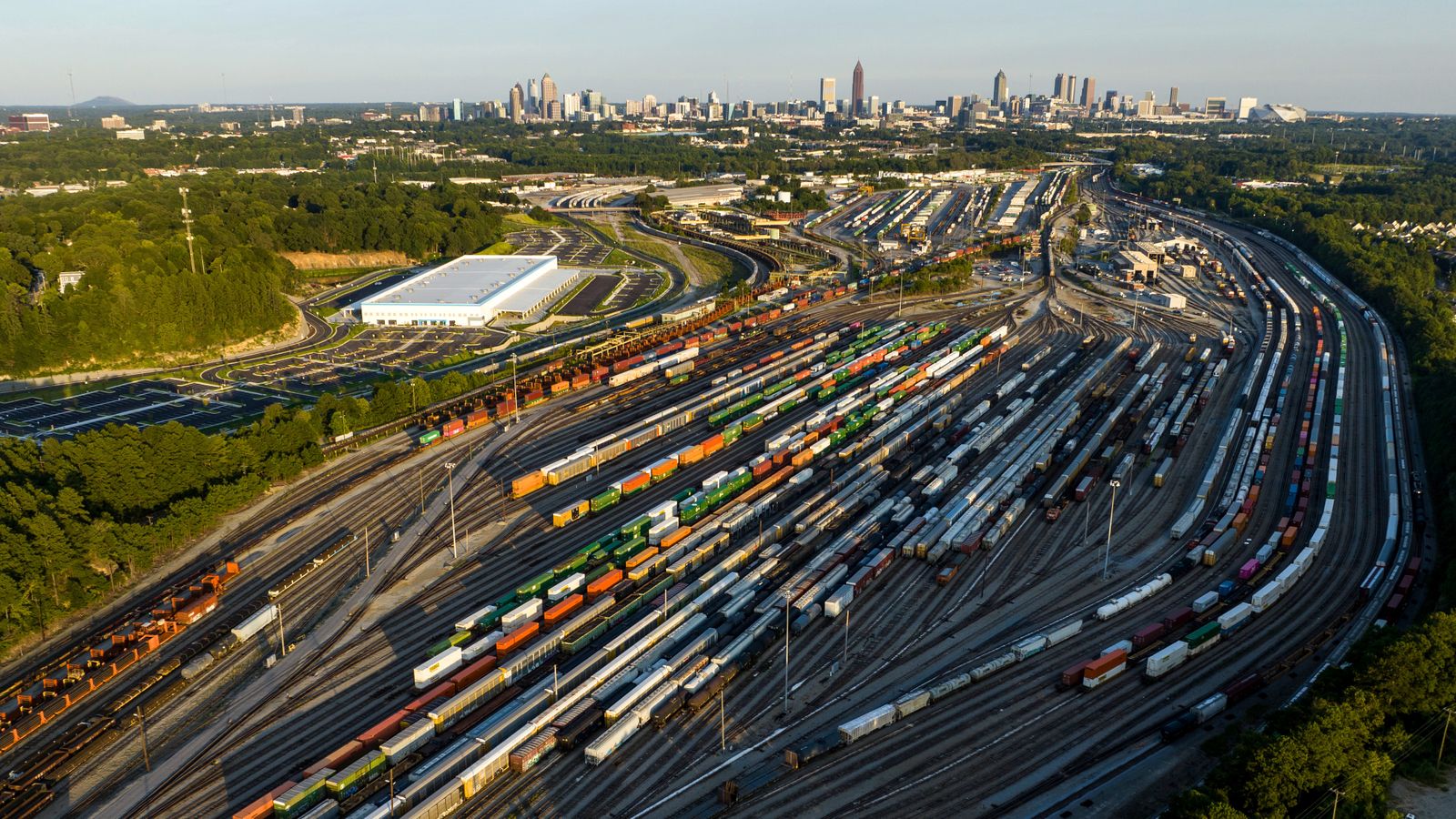 Fight for control of the aircraft on the ground! Join the Railroad Base Committee by emailing railwrfc@gmail.comor text to (314) 529-1064, or fill in the form below the article.

Rank and file railroad workers’ committee launches campaign to build support for railwaymen, American railroad workers, workers from all over the country and the rest of the world. We urge all of our fellow workers to join in our struggle to build bonds of solidarity and unity among workers in all industries and trades, to put us in the best position to fight threats of injunctions from the Congress and sabotage by the union bureaucracy.

BMWED, the railway maintenance workers’ union, last week announced a further extension of the “status quo”, after consulting Labor Minister Marty Walsh – but not railway workers. In a statement worthy of George Orwell, the union called the delay necessary to ‘enlighten’ Congress, where both parties have indeed already drafted anti-strike legislation, but which the union says was too ‘distracted’ through the midterm elections to support the railway workers.

In a blatant lie, they insinuated that Congress must first pass legislation allowing us to strike, a claim that even Congress does not make. Finally, after months of the 12-union apparatus dividing workers by trade and forcing them to vote separately on identical contracts, they are now cynically claiming that the postponement will help unite maintenance workers with flagmen. and train crews.

But real unity is only possible through a struggle to mobilize the force of the earth plane against the apparatus, which is embroiled in a conspiracy with Congress and carriers [dvs. transportørene] impose the sales contract on us. To achieve this, we must tap into the enormous latent support of the working class, activate it, organize it and prepare for common action.

If Congress steps in to violate our rights and force us to work under this contract, then the workers’ response must be a general strike to force them out. This is what we propose to spend the next few weeks preparing for: enlightening and building support from our true allies, the working class, not Congress.

We must use all the means at our disposal to achieve this, including social media, both to disseminate the statements of railway workers and to collect statements of support from other workers. We must reach out to the most important strategic factories and workplaces in our regions – auto factories, Amazon warehouses, port facilities, hospitals, high schools, etc., and speak directly to workers about our situation and provide with the concrete ways in which they can support us.

The corporate press wants everyone to believe that railroad workers are overpaid and self-centered. But insofar as workers know what we are really fighting against – massive overwork, understaffing, lack of free time, wage increases below inflation, attacks on our health care rights – they recognize that our struggle is theirs. These are issues that affect workers in all industries, from low-wage workers to more “professional” workers in sectors such as health and education. They will be outraged to learn that the government is ready to go against us, with the support of our own unions.

It will also serve to thwart the efforts of the union bureaucracy to sow discouragement and fatalism in our ranks. Crucially, it will encourage train drivers and [de sikkerhetsansvarlige] drivers, currently voting on the White House-brokered deal, to reject their contract, killing the effort to enforce the contract through a one-day “collective bargaining.”

BMWED and the other unions are even presenting the possibility of congressional intervention as the end of the story. They even come up with wacky legal theories, like the one where SMART-TD President Jeremy Ferguson claimed that the US Constitution bars us from striking. It’s a recipe for steady surrender. If our ancestors, for whom every victory was won in the face of court injunctions, anti-strike laws and even the deployment of police and state militias, had followed the advice of bureaucracy, unions would never have were built first. We would still live in public housing and earn a dollar a day.

It would be a mistake to underestimate our enemies, but just as much a mistake to overestimate their position. After all, who is Congress to say what we can and cannot do? It is a body of millionaires, many of whom own stock either in the railroads or in the hedge funds that own them. It is one of the most unpopular institutions in America, with acceptance rates ranging from 10-20%.

Incidentally, Congress has just emerged from a deeply divided midterm election, where voters gave neither party a clear mandate. This was undoubtedly one of the main factors in the postponement announced the day after the elections. Where they initially extended the status quo until November 19, they foolishly believed that the election would restore some stability to Washington, which would put them on firmer ground to act against us.

We can’t “pressure” a corporate American-bought and paid-for Congress to come on board, but neither is Congress omnipotent. This has been proven by recent events a short distance away. In the Canadian province of Ontario, tens of thousands of teachers this month defied an anti-strike law, even more comprehensive than the bill drafted against us. They won huge support from workers across the province and across Canada, and they forced Doug Ford’s unpopular provincial government to back down. Workers have also been outraged by efforts by unions, which are as corrupt as their American cousins, to betray the strike. The unions were even on the point of being forced to announce a general strike, under penalty of losing control of the situation.

Just when the movement was at its height, the union bureaucracy stepped in to save the provincial government, calling off the strike in exchange for the withdrawal of anti-strike laws. But the experience as a whole proves, both positively and negatively, the crucial importance of action independent of the master plane.

The prerequisites for a broad movement in defense of jobs and living standards are more important today than they have been for decades. Around the world, workers are rising up against or opposing pro-business regimes.

In France, refinery workers went on strike in defiance of former investment banker and ‘president of the rich’ Emmanuel Macron, and 300,000 workers took part in a one-day general solidarity strike across the country. In the UK, a series of strikes by railway, dock, public transport and other workers have rocked the government, contributing to the resignation of Prime Minister Liz Truss. In India, over the past two years, the biggest strikes in human history have taken place, including a general strike in 2020 with 250 million participants. In Sri Lanka, the island nation southeast of India, a mass anti-inflationary movement of workers and the rural poor earlier this year forced the resignation of the president, who then fled the country.

RWRFC will release more information about our campaign in the coming days. But we invite all of our interested fellow workers to register and get involved now. To create the campaign in your area, contact us by email at railwrfc@gmail.com or by text at (314) 529-1064.