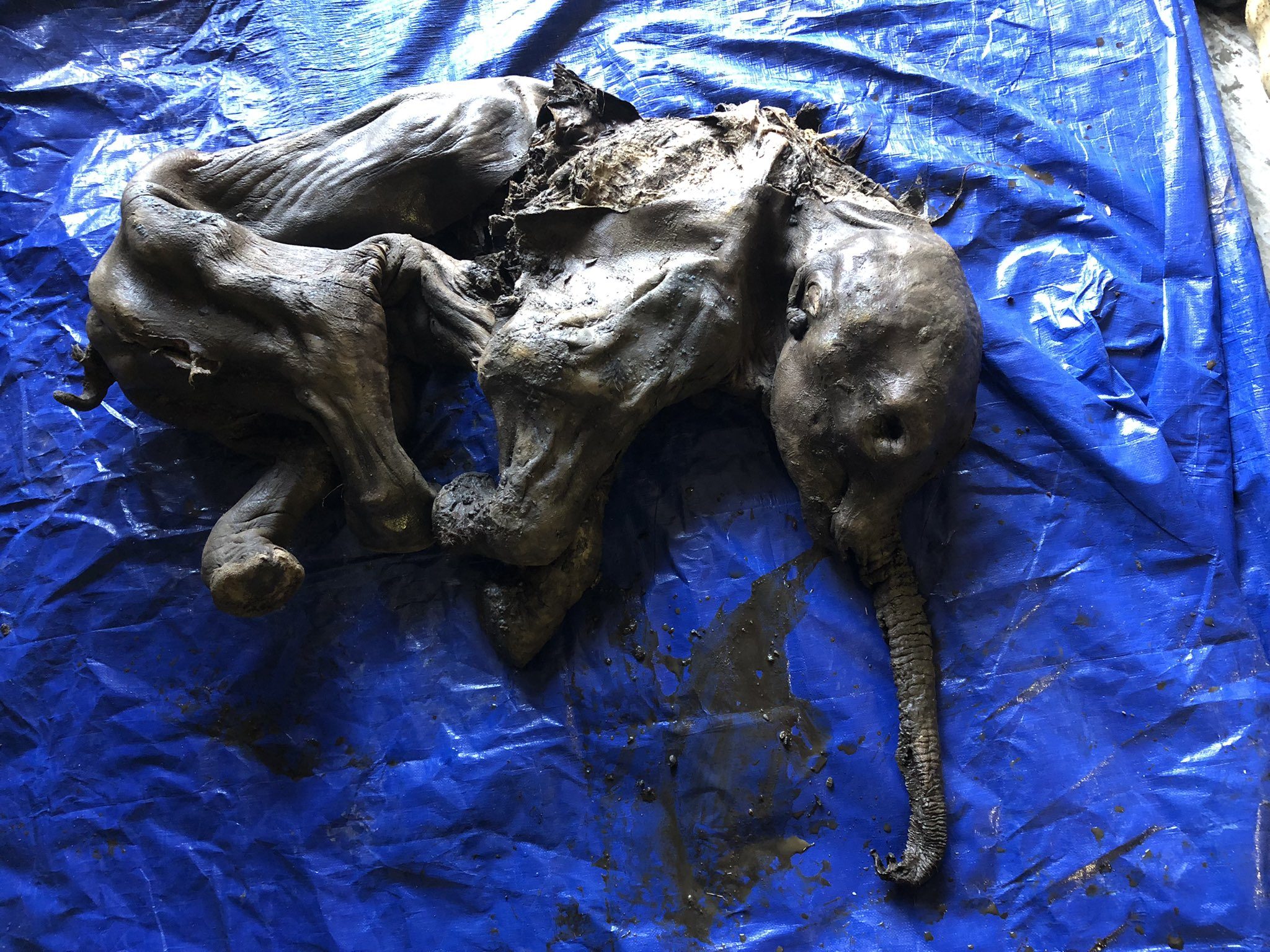 Miners in Canada have found a mummified baby mammoth, which scientists say died during the Ice Age more than 30,000 years ago.

Mammoths roamed large parts of North America, Europe and Asia, before becoming extinct around 4,000 years ago.

Here in Scandinavia more than 20 fossil mammoths have been found, where most finds are in Gudbrandsdalen and Mjøsa in Norway, write SNL.

Now, however, miners have discovered an almost perfectly preserved baby mammoth, which was buried in the permafrost of northwestern Canada, write bbc.

Future Junior has been in contact with one of the researchers who has been contacted to examine and recover the mammoth. Dan Shugar says it was incredibly inspiring to see the animal with his own eyes.

– It was just amazing to see something that died 35,000 to 45,000 years ago, has been locked in permafrost since then, and still looks almost dead yesterday, he says.

This is the first time that a so-called completely mummified mammoth has been discovered in North America. The mammoth is so well preserved that after 30,000 years you can clearly see both the trunk, the nails and the remains of hair.

He appears in a press release from the Government of Yukon and the Tr’ondek Hwech’in First Nation.

Researchers believe the mammoth was a girl and gave her the name Nun cho gave. It means “big baby animal” in the Han language, which is spoken by the indigenous peoples of the discovery area.

– One of the most incredible mummified animals from the Ice Age

– As a paleontologist who works with the Ice Age, it has been one of my lifelong dreams to come face to face with a real mammoth. This dream has come true today. Nun cho gav is magnificent and one of the most incredible Ice Age mummified animals ever discovered anywhere in the world. Glad to get to know her better, says Grant Zazula in the press release.

A patentologist works with prehistoric life, both in the plant kingdom and in the animal kingdom.

Nun cho gav is about the same size as another baby mammoth discovered in Siberia in 2007. It was around 42,000 years old.